Concert in the park

Sunday we went to the Concert in the Park; it was a nice outing for the day since we had been to church Saturday night. When we got there it was pretty crowded, but we had a great time. The music was playing and so were the kids; after they got tired of the playground we went over to the ice cream stand and picked out a big "birthday cake" bar with chocolate and sprinkles. We all shared it, and it was sooo good. There are no pictures because it was gone so fast, and because I had chocolate all over my hands :). After that we went back to the playground, and they played till their hearts were content and I was worn out. I think the heat and sun got to all of us because Mr. crashed at bed time, a rare event and a welcome end to a busy day. ;) 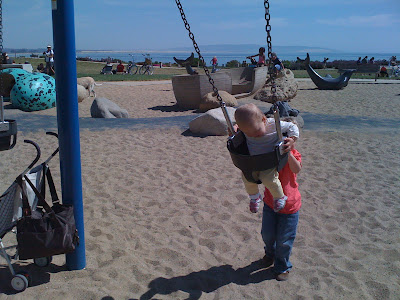 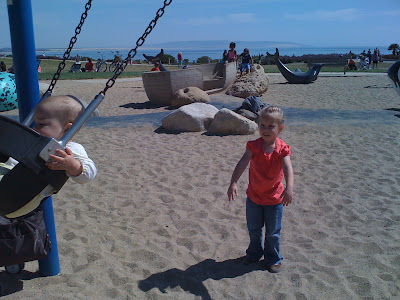 BabyGirl loves to be pushed in the swing, and Sunshine was happy to do it, at least for a little while. 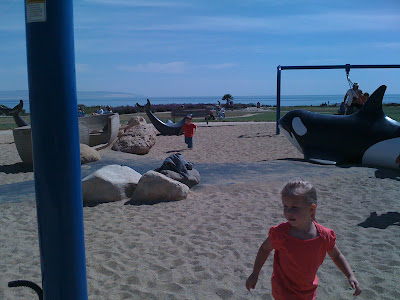 Mr. is back there in the red. 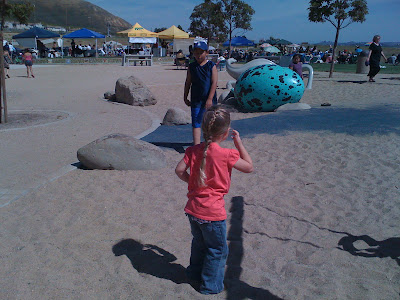 I have been trying to braid Sunshine's hair more often since I read this post. She looks so pretty, but I need a lot more practice. :) 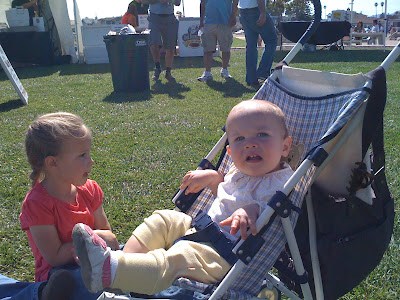 Here we are after the ice cream; chillin' in the grass. 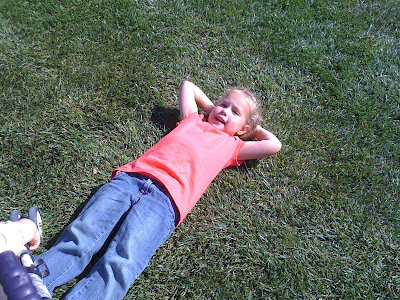 Mr. was trying so hard to smile with the sun in his eyes. 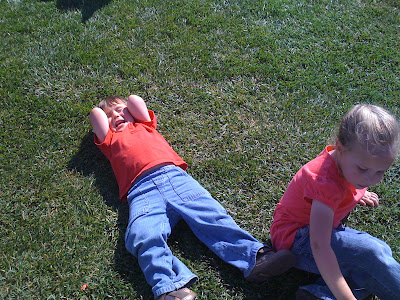