Today was a day of errands. We had a whole list of things to get done; I usually stick to one or two a day, but today we were on a mission! I briefed the kids on our plan for the day, and then we set off to see if we could actually get it all done before nap time.

First there was the mail and the trash (yes these are errands. They were on the list and I had to drive to do them.)
Second we dropped off the rent check.
Third was a hair cut for Mr. I wanted to do this one first thing in the morning while he was being good. We had to wait a while, but the kids just sat and read books like little angels. (haha, I know the truth) When it was his turn I gave him a "very special" little pocket mirror to hold to keep his hands busy. He was really good and only got fidgety at the very end; we almost got out with no crying. Oh well, we will try for that next time. 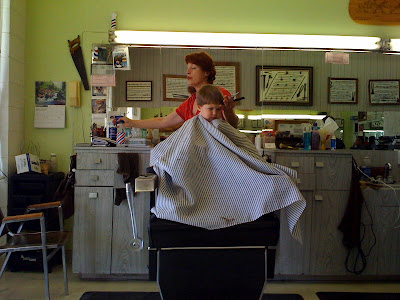 For our forth errand we ran over to the outlets to pick up a discount card for me and look for rain boots for the kids. I never did get the discount card I needed (no longer being made), but we got lucky and found the boots for Mr, as well as a bunch of other stuff, %50 off at the Carters outlet. Unfortunately no girl boots, so those were still on the list.
Next, of course, we had to stop at the bathroom. (Yes, I took this picture in the bathroom, but they were just so cute. :) 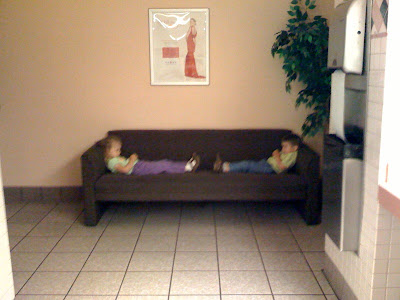 For the fifth errand we went into the shoe store but they had no boots.
Sixth was the OshKosh outlet and it looked like they didn't have any either, but we finally spotted some in the very back. Yay! They were %50 off to, and of the seven pairs left two were her size. I tried to convince her that she wanted the polka dotted pair (they were like these), but she was set on the pink. She had made her decision before we even left the house. I was kind of heart broken; the dots were so cute, but it was her choice. So pink it was, and one more errand down.
One more stop at the bathrooms.
Seventh stop of the morning was McDonald's for lunch. We went through the drive through so they could eat on the way to our next errand, but we ended up just sitting in the parking lot. I crawled back with them, and we enjoyed a nice lunch talking and listening to our Magic Tree House book on CD. 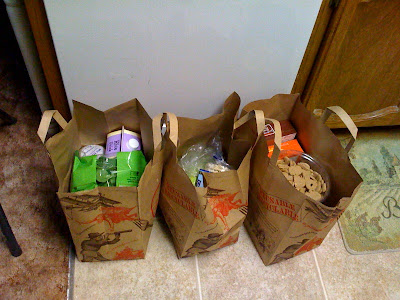 Eighth was a quick stop at trader Joe's. Only one hour; I think that's a record for us. It was nap time when we got there so I didn't want to hang around too long.
My list was done! Eight errands completed and we could go home! (This is a big deal for me) 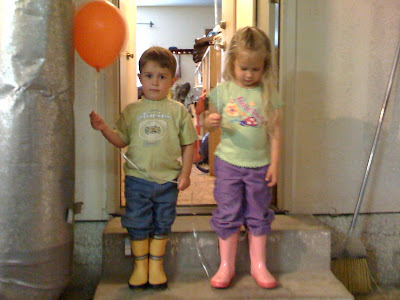 Here are the kids in their new boots. Mr. got fireman boots, and of course pink for Sunshine. And here is a very tired one-hour-past-my-nap-time BabyGirl. She was so good all day, really a trooper! 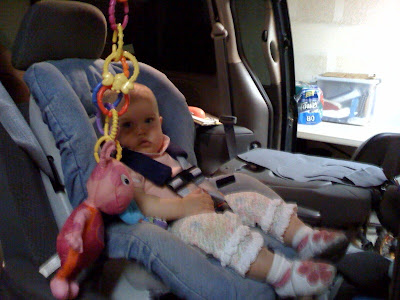 Here are our finds from Carters. Mr's jeans were only $5!! Also some cute things for the girls. I just love the little red skirt for Sunshine! 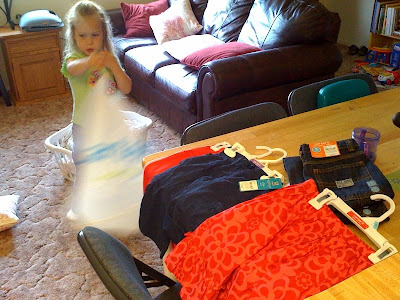