We had a wonderful 1st birthday party for BabyGirl / going away party for DH.
It was the week before Easter so things hadn't gotten too busy yet. 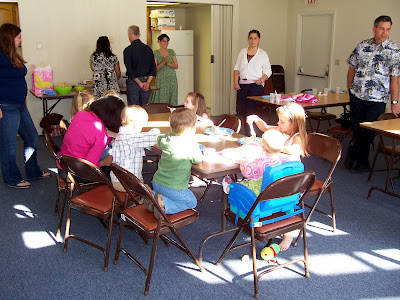 It was really nice to get together with everybody to celebrate BabyGirl, and DH really enjoyed getting to see everybody before the stress of leaving (for OTS) really hit. 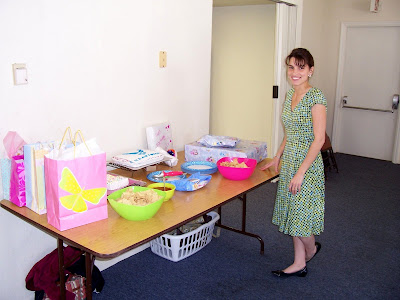 Here's me next to the food spread; where else would a good hostess be? 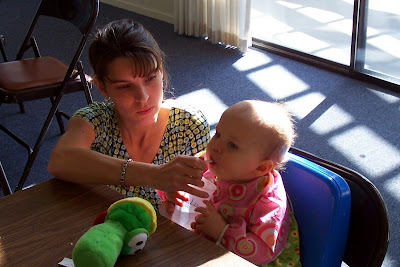 BabyGirl is waiting for her cake. She looks so cute drinking from a straw! 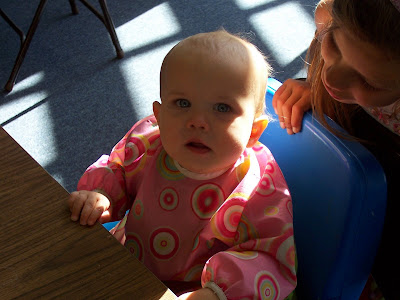 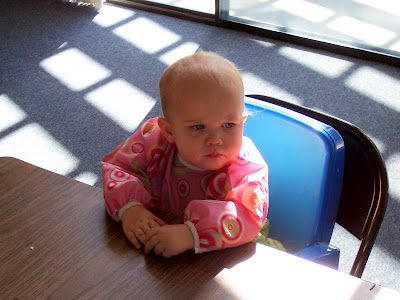 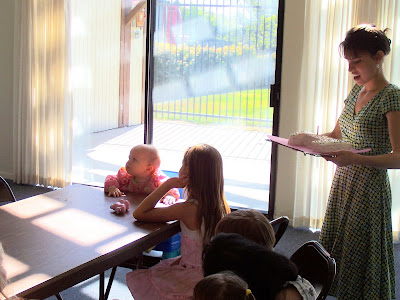 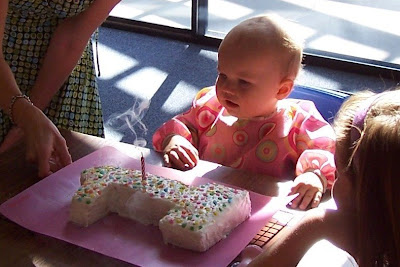 She had the whole cake to herself! 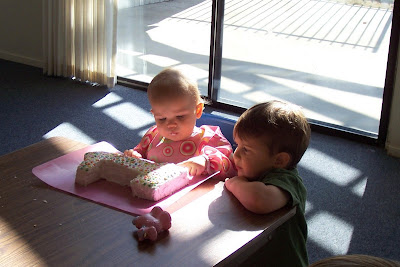 Mr. was eyeing it, but he had to wait for a piece of Daddy's cake. 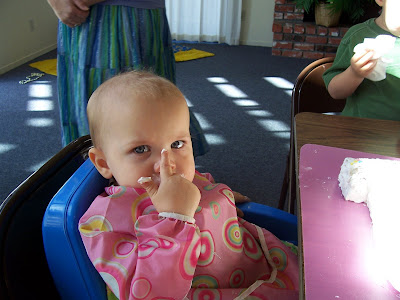 How old are you BabyGirl?
(Really I think she was licking her fingers, but this pic looked so funny:) 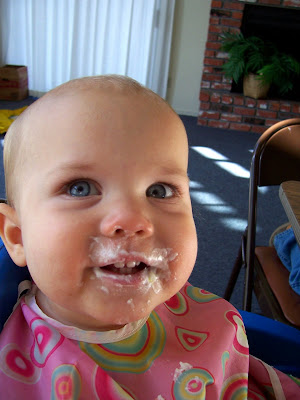 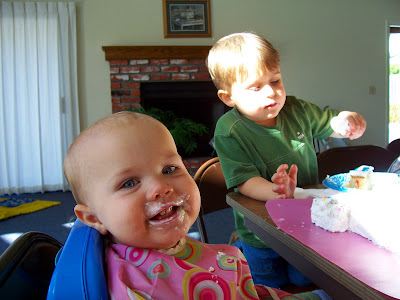 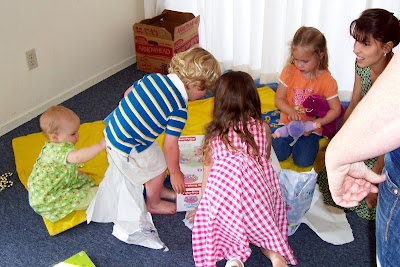 BabyGirl had fun playing with the wrapping paper while the kids opened her gifts. 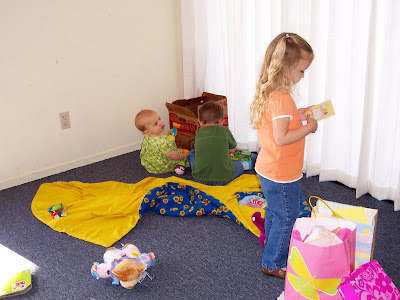 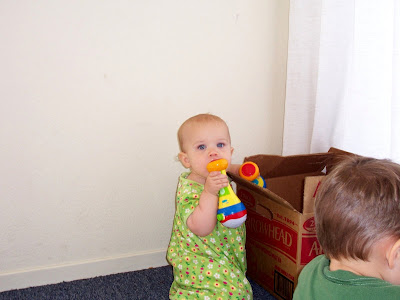 Here she is just happy playing with her toys. 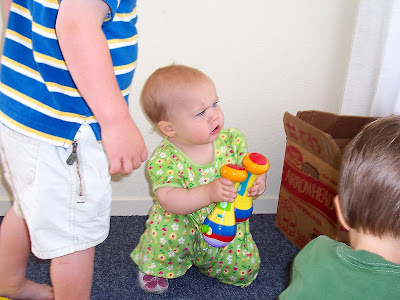 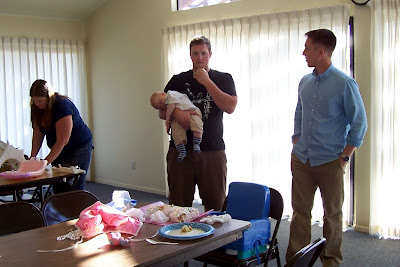 DH and John were visiting while Megan put together BabyGirl's new push-toy. 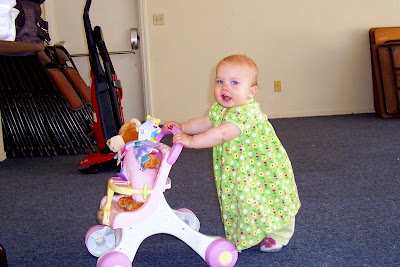 BabyGirl loves her new push-toy!
She had so much fun rolling around that big room after we put the tables up.
She definitely enjoyed her birthday as much as any one-year-old-who-doesn't-even-know-it-is-her-birthday could. :) 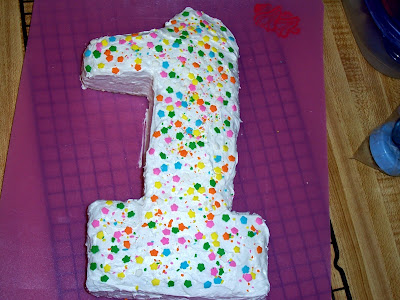 Here's a close-up of the cakes; #1 for BabyGirl and USAF for DH. 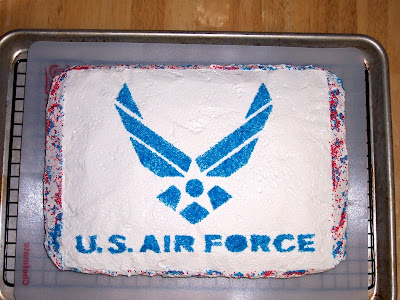